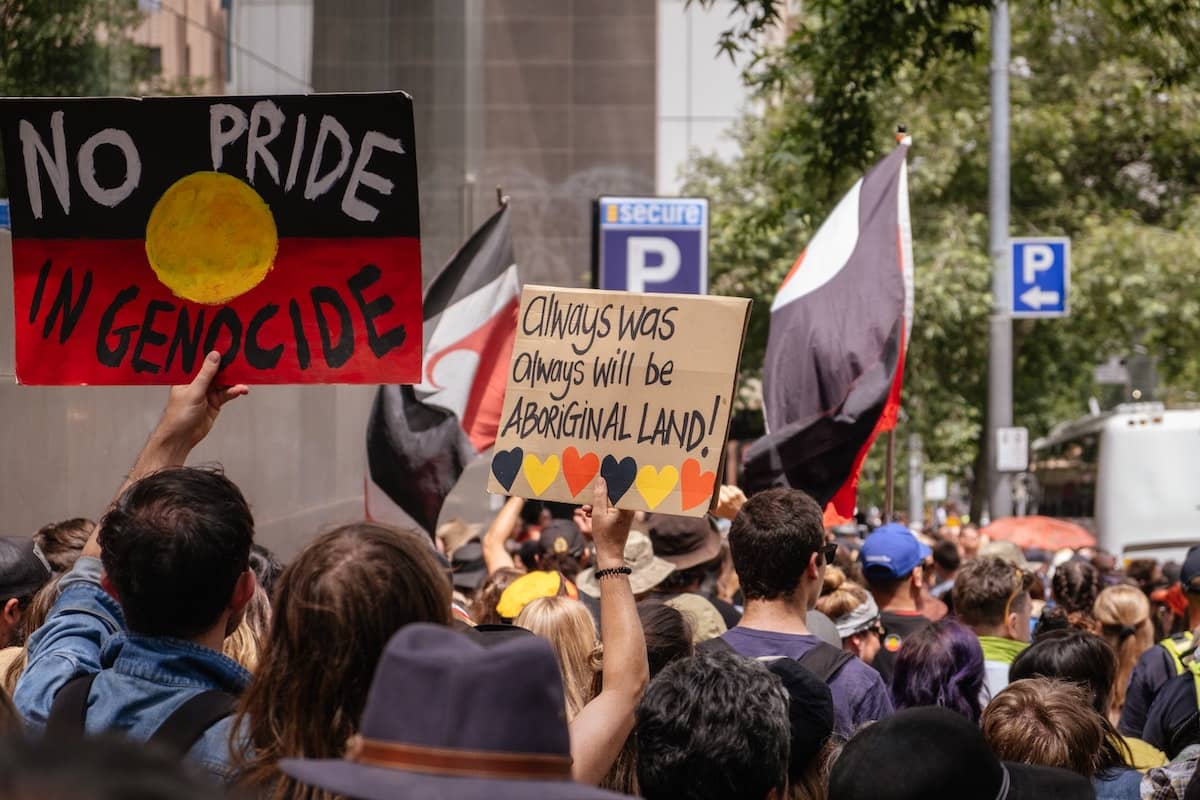 First things to say is, I am no expert in this field. I have had some experience researching and reflecting on my own racism and privilege, however expert I firmly am not.

What I am though is a parent and an educator and an ethical person. This means I want to know how to act and take action in the situation we find ourselves in right now.

With the death of George Floyd in America at the hands of the Minnesota Police, the footage of a young indigenous teen being swept off his feet and aggressibly subdued in Surry Hills by New South Wales Police, and the thoughtless destruction by Rio Tinto of one of the most ancient human records on earth which were housed in rock shelters at Juukan Gorge… the time is most certainly now.

The focus of this post is to encourage you as a parent and a member of society to educate yourself. It is not the responsibility of Indigenous Australians to educate you on how to use your words and actions – or indeed how not to – in order to stand against and eradicate systemic racism. It is YOUR responsibility.

It is also up to you as a parent to educate your kids, it’s not enough to leave it up to schools and the personal mores of individual teachers. Yes it is in the curriculum, but that does not ensure that culturally responsive practices are always modelled or even deeply understood in schools. (Sometimes they are, for sure, however, it is my opinion that this is not highly developed enough in pedagogical training to rely upon.)

Here is one website talking about what racism in fact is.

Here is an article on talking to your kids about racism.

Here is a resource for schools called Racism No Way, if you feel your school could do with some reminding. Here is one for Years 9 & 10 from the Australian Human Rights Commission.

If you’re after some books for younger children, I found this post helpful.

Common Ground is Sharing First Nations cultures, histories and lived experiences. It is First Nations-led, and not for profit.

@tradingblak on Instagram is highlighting businesses that are run by Australian Indigenous owners. Asking this question is really important to help quash the trend of cultural appropriation and unethical businesses profiting from First Nations art, talent and skill.

And then there’s the environment.

This list of critical environmental campaigns led by First Nations people in Australia (below) was recently sent out by the Australian Conservation Foundation.

Seed Mob – Australia’s first Indigenous youth climate network, building a movement of Aboriginal and Torres Strait Island young people for climate justice. Their vision is for a just and sustainable future with strong cultures and communities, powered by renewable energy.

Country Needs People – a growing group of Indigenous and non-Indigenous people campaigning for Indigenous Ranger and Protected Area programs – proven success stories for the health of our natural heritage and for the lives of First Nations people.

The Martuwarra Fitzroy River Council – Protecting the sacred river, the Mardoowarra, also known as the Fitzroy River in the Kimberley region of Western Australia, and representing Traditional Owners of the entire river catchment.

Wangan and Jagalingou Family Council – the proud Traditional Owners of a vast area of land in central-western Queensland, including the site where Adani wants to dig its destructive coal mine.

And the Wuthathi people for whom the struggle to return and protect their ancestral homelands took nearly 100 years. ACF stood with them for 40.

Pay The Rent Grassroots Collective – a group of Indigenous and non-Indigenous people working together to provide financial justice to First Nations people.

“We support their right to self-determination and recognise that rightful recognition of and reconciliation with First Nations people is fundamental to protecting nature in Australia.”

If you have a resource to share, please do below.

Comments? Questions? Let’s talk in the comments. I welcome your input.

Coming soon, I’ll be writing a feature on a local Aboriginal-Owned business that rewards and credits Indigenous artists and provides them with valuable exposure by showcasing their artwork on yoga mats and other products.

Photo by Johan Mouchet on Unsplash